The Match Play Tournament will begin in April. The field will be divided into the four regions according to handicap with like handicaps in that region. Winners must play a match each month during either an MGA Individual, the weekend Points Game or Thursday Game as a priority, but scheduling another time will be up to the committee. This is a handicap tournament, the difference between the opponents handicap will be given to the higher handicap player on the highest rated holes according to the scorecard.

There is at least one Individual event scheduled each month March through August.
Players will sign up individually. Play is individual stroke play.
Prizes are awarded for Gross and Net divisions.

The Ringer will be played over the player’s choice of four of the six Individual events. Each player must announce if they want to use a round to count for the Ringer before play begins that day. The Ringer is the player’s lowest score on each hole for the rounds he has deemed to count. A “Best Ball” played with himself as a partner.  Prizes will be awarded in Gross and Net divisions. The June 15th revised handicaps will be used for the Net division.

2 Man Scramble– Players sign up individually or in teams (handicaps must combine to at least 10). Format- Each player hits a shot and the best shot is selected, each player plays from this place. This is continued until the ball is holed.

The Annual Meeting will follow play in the Snack Bar, 6:00.

Two Man Twist – Players sign up with a partner. Format- Each player tees off. Player A will play Player B’s ball and vice versa. The third shot and all remaining shots will be scrambled until the ball is holed. The combined handicap for the team must equal 10 or higher.

2021 Member-Member – Players sign up with a partner. Format- Saturday; Net Best Ball- Sunday; Net Two Ball Total. There will be no flights or Gross. No handicap restrictions to make teams. Lunch will be served at the conclusion of Saturday play.

ABCD S.W.A.G. – Players will sign up individually and will be paired according to handicaps into teams of four players. Format- Each player tees off. The two best shots to play are selected. The team will divide into two scramble pairs and play until the balls are holed. The total score of the two scramble balls is the team score for that hole. The scramble pairs may change from hole to hole.

4 Man Scramble – Players sign up individually and will be paired by proshop ABCD. Format- Each player hits a shot and the best shot is selected, each player plays from this place. This is continued until the ball is holed.

2021 Member-Guest – A member of the MGA signs up with a player who is not a member. Format- Day 1 will be a Select Drive Best Ball. Each player will tee off. The best shot from which to play is then selected. Each player will play his own ball from this point until the ball is holed. The team score is the lowest score between the two players. The field will be divided into flights after the first round of play. Day 2 will be a 2 Man Scramble.  Each player hits a shot and the best shot is selected, each player plays from this place. This is continued until the ball is holed.

4 Man, Two Best Ball– Players sign up in foursomes. Format- Each player plays his own ball. The teams’ score is the total of the lowest TWO net scores on each hole. 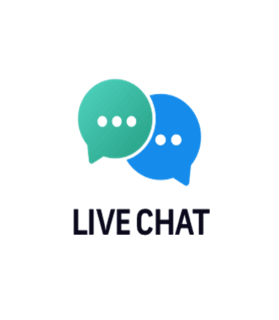